Here is the third part of my blog series expanding on my 4-bit rules of computing.

In this installment: Rules 5, on comments. Rule 5 is a bit contentious and I've taken too long in writing my thoughts on it — which is probably telling. Nonetheless I still want to press ahead and get these words out. I also wanted to include Rule 6 with this post, but I'm taking my own advice and breaking the post into two, because it really was getting quite long.

(embedded in code, as well as those on YouTube)

Code comments are something I've been a big believer in for years — then I entered the world of "professional programmers" and learnt about the horrors of bad comments, which can be worse than no comments. But, I want to believe; so I still use comments quite a bit, despite there being a nagging feeling that there is something wrong about them, and that there has to be a better way…

Well a few months ago, there was this thought-provoking post on the Simple Programmer blog, which certainly provoked me to begin with. It goes against everything I've been taught and trained to believe. Looking at the feedback for it, it's clear I'm not alone. Nearly every reaction I've had when discussing this line of thought in face-to-face with other coders has been the same too: "The smeg? No way!"

But after I calmed down and read John's post properly, I came around, mostly (see Rule 6)….

While I'm not convinced that John successfully demonstrates his point, I do follow his reasoning, and I agree with his principle that source codes should be speaking for themselves, whenever they can; that if you are resorting to using embedded comments to explain the logic or implementation, this should be a sign to you that you want to rethink your approach.

So now after thinking on this for a while and weighing it against my upbringing, my own opinion about code comments is to treat them in the same vein that Edsger Dijkstra treated GOTO: avoid it where you can. This is exactly in accordance with the advice in Rule 3, specifically Rule 3.8: "…practicality beats purity".

Many uses of code comments are the Wrong Thing™ and you should be doing something else instead:

All of this is just noise, and is not well maintained anyway. Lose it where you can.

What one should be doing instead is putting good intentions into writing simple (or at least clear and explicit), readable code.

Here's what I'm told is an example of a good comment:

In this case, the comment explains something that it may not be apparent you have to do.

The comment says "yes, you read that right, we reconnect after a fork, and this is why" (although, I'm not sure that the why is clear. I think that the child process must start with the DB connection disconnected, not disconnect when it exits — so maybe this is actually not a good comment?)

An example I recently heard about where comments actually were harmful, was in polyglot programming a web front-end system.

To test some dynamic web pages, a colleague removed a suspicious HTML div that was embedded as part of an HTML snippet within a JSON blob, to be insterted into a page. He removed it by surrounding the div with HTML comments <!-- ... -->. However, when the JSON gets parsed by JavaScript, the HTML snippet that was embedded causes a syntax error, because the HTML comment is not valid JavaScript and it broke the JSON encapsulation.

The resulting error was easy to find this time, but it may have caused a subtle flaw, or caused the code to not exercise the logic that was under investigation.

In general, commenting out code for troubleshooting is a pragmatic way to find the cause of a problem. In this situation though, it's better to backup the original (ideally with revision control if you can), and then actually remove bits to trouble-shoot, rather than comment them out.

Well, yes, and sometimes it does not… 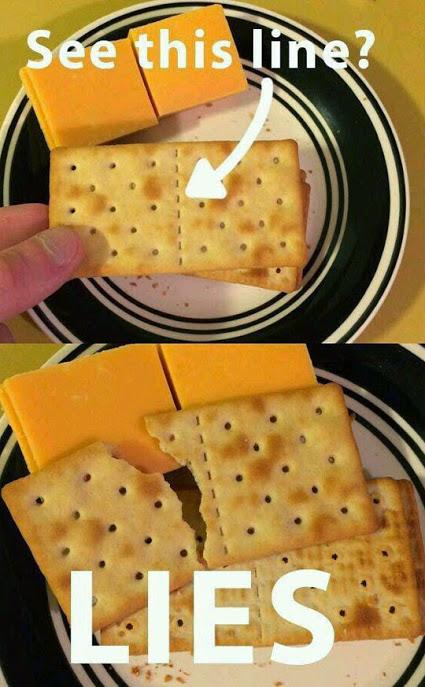 Please don't do these things. At best, you're filling your code with noise, and doubling your maintenance debt (because you must now ensure that comments are still true after you change the code — see Rule A, and Rule 2). At worst though, you're misleading readers, the equivalent of doing the old signpost vandalism prank.

Oh, and if you find yourself writing comments like this

Then you should feel naked running around without your source control clothes on (but boy do I feel for you, if you have no source control available — I've been there …)

Now, on the other hand, if you are unfortunate enough to be working in a language that does not have Doc-Comments, or that is evil and esoteric (like assembly, bash scripts, JCL, or Perl), or your problem is very hairy (numerical analysis, or some complicated logic that really deserves a Literate Programming approach), well then I think you should be using comments liberally.

I've also mentioned YouTube for this Rule. That's because I'm beginning to doubt the value of "Web 2.0" as it appears in You/Twit/Face comments. They are a great opportunity for engaging with your audience and to facilitate feedback, but they are more likely a vector for personal attack and flamage. I'm lucky to have not been much of a victim of flame wars, but now that the Internet is mainstream, it's become a real concern, especially for women. Look at Reddit.com. Yuck, who would want to associate with such low life forms?

For some things, it may be safest not to comment when you don't agree with someone online. I know, I know, civil liberties etc., but you have to pick your battles with online lusers at least as much as you do with children under ten. Google+ has the Mute function, so we can be cowards and run away by just Muting a bully and then ignoring them.

Grown-ups (should) know these things:

If you're criticising someone's creative effort or just spouting your opinion which is at variance to theirs: Naff off! — Don't be a Dick[head]™. Because:

Thanks if you read this far.