This post was originally published at sinewalker.blogspot.com.au on 24 March 2006.

This is a pretty neat shot of the in-flight entertainment system on an Airbus A330 having a boot-up issue. Note, the kernel is Linux. 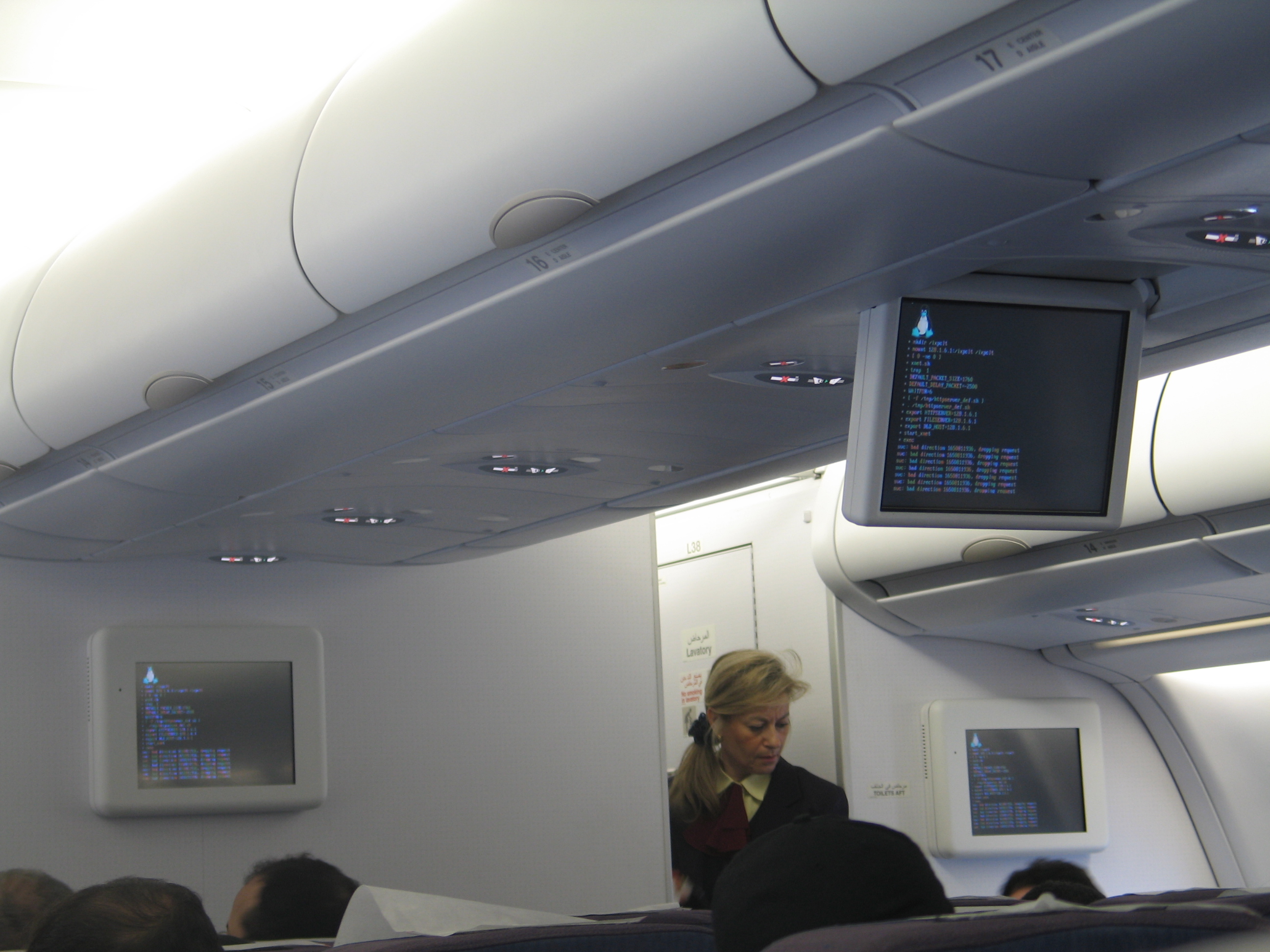